Resources for Your Carb Up 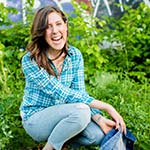 Perhaps adding carbs to your keto diet could be the missing ticket in your low-carb diet. I know, it sounds crazy… but let’s discover these truths together!

Let’s fast forward to the year 2015. I’ve been eating keto for 11 months (not loving every moment of it).

I was bingeing and purging multiple times a day, filled with guilt over my food choices and feeling like a total failure… and then, I realized (if timed correctly) I could eat a bit of carbs on my keto diet… AND STAY IN KETOSIS.

This changed the game for me. So I made at least a DOZEN videos of all kinds explaining how to do it properly. Made a program months later called Fat Fueled. And am beyond amazed that I can proudly say October of that year was the last I ever binged and purged. If you’ve struggled with an eating disorder, you know this is SUCH a rare thing, and I am forever thankful.

OK… so, back to carb ups: they are awesome and a wonderful strategy to burn fat AND build muscle on your keto diet.

Don’t be afraid of carbs on keto!

If you’re not feeling great on keto, watch the video below, and if it resonates with you, dive deeper.

And if you watch the video and you’re legitimately like, “nope, not me.” then fair enough. But, at least you gave it a fair shot.

Other resources on carb ups that I’ve done over the years:

Have fun learning about your body!

#98 Getting Your Body Back with Stella Charbonneau