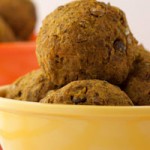 For more on the flavors of India series, check out: Aloo Palak, Payasam Pudding, Gluten-free naan and Malai Kofta. A dish called malai kofta was one of the 6 meals we chose to make during our Indian cooking class. I’d never heard of it, but the name sounded cool so I shrugged it off and just went along for the ride.

The recipe started with dicing 2 slices of wonder bread, followed by boiling a potato and cutting a bunch of cheese (hehe not that kinda cheese). I was instructed to pinch the dough together and add a bit of water to the mix until it stuck together easily. Then we pressed the mixture into two cones and deep fried them. At this point I still wasn’t really sure what we were making.

After the balls were finished frying, I was instructed to drop them in a turmeric sauce. It was then that I clued in… did we just make vegetable ‘meat’balls in sauce? Why did we have to fry them? Where can a girl get a darn oven around these parts? Can we make them again and replace the bread with a potato to make gluten-free ‘meat’balls? Oh, and remove the cheese, too so they’ll be gluten-free vegan ‘meat’balls? The instructor wasn’t too keen on the suggestions I was making on how we could update the authentic recipe to something a little healthier. Little did he know that that’s what I do for a living, but I decided to keep that part to myself and just dream up all the things I was going to do with the recipe when I got home. The end result; malai kofta (veggie balls in sauce), looks like this:

The sauce is sooooo good. We’ll get to the full recipe tomorrow, complete with my first attempt at gluten-free naan. Ya, I said it, NAAN! But today we talk about the kofta which in English translates to meatballs and in the case of this recipe, vegan ‘meat’balls. You generally won’t see kofta all by itself but rather in a sauce like the picture above. I just felt like they were so versatile and really deserved a post of their own. You can eat as is, make an Indian inspired vegan ‘meat’ball sub, add to your favorite rice dish, or stay tuned for tomorrow’s malai kofta recipe!

Print
Dhal Aloo Kofta (Vegan ‘Meat’balls)
Author: Leanne Vogel
Recipe type: Vegan, Gluten free, Dairy free, Sugar free, Yeast free, Corn free, Grain free
Prep time:  30 mins
Cook time:  25 mins
Total time:  55 mins
Serves: 20
The word kofta is derived from Persian k?fta which means “to beat” or “to grind” or meatball. The kofta in India is generally made vegetarian by replacing the ground meat with a variety of vegetables and cheeses. In my homemade rendition I chose to use lentils (aka dhal) and potato (aloo). Koftas can be grilled, fried, steamed, poached, baked or marinated, and are usually served with a creamy spicy sauce; otherwise known as malai.
Ingredients
Instructions
3.5.3226
View Nutritional Information ( once on page scroll down)

I’ve had my fair share of store-bought veggie burgers, tofu patties, and faux meatballs in my lifetime. As a vegan, I remember thinking that eating faux meat was what vegans did. For years I enjoyed my veggie tacos, dogs, chili, and pasta without ever caring to check the ingredients. After a couple of years of eating like this I began to see the affects of my highly processed diet. Until that moment, I’d never considered the possibility that my diet could be connected to my overall health. A bit of researching on the topic lead me to a new plan: eat more veggies and polish off a jar of chunky almond butter per week to make sure I was getting enough protein. Yes, there were a lot of holes in the plan, but I suppose it was the lesser of the two evils! If someone would have shared this recipe with me back then I’m sure it would have changed my life. If anything, it would have made that 230th jar of almond butter a bit more bearable. What foods have you eaten in the past that you shifted away from when you learned that they weren’t good for you or didn’t work well for your body?

Video: Hormones All Over The Place? Adrenal Fatigue + Eating “High-Fat” or “Keto”