Why I Stopped Being Vegan 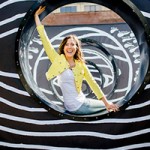 This topic is highly personal and very raw. I ask that you be gentle with my story and the experiences that others share in the comments of this post. My intention with this post is to highlight the connection between food control (in my case, a plant-based diet) and eating disorders. This is not an attack against the vegan lifestyle, but rather my experience in setting a positive and healthy relationship with my food. It just so happens that one of the steps I had to complete to get there meant giving up being vegan.

I have labeled myself as vegan, gluten-free, paleo, grain-free, dairy-free, and vegetarian… only to learn that I am none AND all of these things at the very same time.

I have been liberated by the idea of not sticking to any strict classification of my eating style. I go with the flow by choosing foods that are right for me. I release guilt, shame and celebrate my food choices.

Without this approach to my health, I would still be sick.

And it all started when I chose to stop being vegan.

From as far back as I can remember, meat was something I was afraid of eating because I thought it would make me fat. So, when I was a teenager, I swore off animal products.

My vegan lifestyle was about control. I began losing weight, it fueled my unhealthy thoughts, and I stayed in this place for years.

After my first year of being vegan, and while still trying to recover from my eating disorder, I started experiencing crazy bouts of bloating. The pains were so bad that I had to excuse myself from work on a weekly basis. No matter how much I ate, I was never full. The more I ate, the more my stomach hurt, and the more guilt I had that I was eating too much.

2 years in, I started experiencing meat cravings. They never stopped.

3 years in, I found myself sneaking to my car during work hours for quick 15-20 minute naps once or twice a day. I couldn’t get through the day without naps. When I got home from work, I would sleep for most of the afternoon.

The further I went down the path of being vegan, the cloudier my brain became. I couldn’t think straight. Almost as if the wires in my brain were somehow criss-crossed.

Part of me didn’t want to admit that all of these symptoms were because of the diet I had forced upon myself. I was sticking with it because I was afraid of eating the food that I thought would hurt me.

The control that I felt I had over my food by being vegan was what was keeping me from relinquishing the stronghold that my eating disorder had on me.

I knew, deep down, that I was loosing the battle against my eating disorder. The next step was to give up the control over my food… but I wasn’t sure how to do it.

Something had to change, and that something was when I signed up at CSNN. Studying holistic nutrition was the best thing I ever did for myself. I learned (and began to accept) that denying my cravings was what was holding me back from allowing my body to heal.

It was obvious that I had been using my vegan diet as a way to continue to control my eating while lying to myself that I was “getting better”.

In all reality? The vegan lifestyle was slowly killing me.

In 2008, 8 years since I went vegan, 6 years since I’d experienced my first meat craving, I mustered up the courage to eat animal protein again.

I began with seafood. 1 serving every 2 days for a 2 months (I took these enzymes – specifically created to breakdown proteins). Then I moved to eggs for 1 month, then chicken for almost a year, then to beef, and now I generally stick to wild game and darker meats.

Within days of adding animal proteins, my bloating dissipated, foggy brain lifted, I felt full after meals, and I was able to stay awake for a whole day. It was a dramatic change.

The better I felt, the more I knew I was on the right path, the healthier I became, and the easier it was for me to work through my relationship with food.

Some days I’m paleo, other days I’m vegan, and today? I’m somewhere in between.

The response that you share in the comments below will be read by thousands of women who feel just like you do. Let’s create a positive, safe conversation about our struggles and learn from one another.

This entry was tagged: vegan

Working Out on Keto: 7 Exercise Programs I’m in Love With