It Nearly Cost Me My Life. Don’t Let This Be Your Mistake, Too 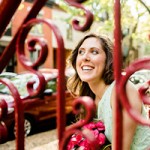 I have been hospitalized for anaphylactic shock 2 times in the last 10 days.

With both reactions, the symptoms came on strong and fast. My lips swelled, airway became constricted, hives covered my body and my skin, mouth and throat burned and itched.

Thankfully, I was close enough to a hospital each time that I was able to get the drugs I needed to stop the reaction before it killed me.

I have had a severe allergy to peanuts my whole life. Knowing that my body has the potential to attack itself has always terrified me so I take every precaution to avoid exposure. What scared me the most from these 2 recent attacks, was that I had no idea what the culprit was.

After the first attack, I removed every possible culprit that could have caused the reaction and booked an appointment with an allergist.

5 days later, I had another attack.

The only thing I had before the second attack was the amazing hydrochloric acid pill that magically clears my acne. I ruled it out after my first attack because I’d been taking it for awhile with absolutely no reaction… but logically, I know that allergies like this can develop over time.

Then I looked up fenugreek (one of the active ingredients in the pill) and my world changed.

The first article I found was titled, “Proceed with Caution: Fenugreek and Peanut Allergy”

From the Anaphylaxis Campaign

A Norwegian allergy register recorded 15 peanut-allergic patients reacting to curry, which often contains fenugreek, a legume. Doctors studied cross-reactivity using serum from a peanut-allergic patient. The patient’s serum was positive for fenugreek and two grains on the patient’s lip caused an immediate reaction. Allergy to fenugreek may be considered a possibility when someone with peanut allergy reacts to curry.

There are many cross reactivity allergies out there: sunflower seeds and Jerusalem artichoke, apricot kernels and almonds, find the full list here.

If you are allergic to peanuts, it may be wise to avoid fenugreek.

If you, or someone you know has food allergies, pass on these details to them so that they do not make the same mistake I did.

Now, I’ll be sure to avoid ALL fenugreek, including switching up my miracle acne killer supplement with this fenugreek free version. If you’re allergic to peanuts, perhaps you should look into this, too.

Video: My 8-Year Battle With Amenorrhea Is Over. What Eating Fat Fueled, Keto Did For My Hormones.